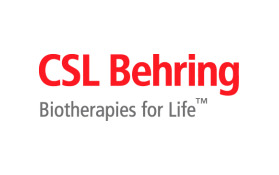 The Commonwealth Serum Laboratories was established in Australia in 1916 to service the health needs of a nation isolated by war. Over the ensuing years CSL provided Australians with rapid access to 20th century medical advances including insulin and penicillin, and vaccines against influenza, polio and other infectious diseases. CSL Limited was incorporated in 1991 and listed on the Australian Securities Exchange (ASX) in 1994.

Since then, CSL has acquired a number of companies. They include: Aventis Behring, which is now known as global biotechnology leader CSL Behring, U.S. plasma collector Nabi, which helped to form the world's premier plasma collection company in CSL Plasma, the Novartis influenza vaccine business, now integrated and known as Seqirus, the world's second largest influenza vaccines company and Calimmune, a leader in gene-modification and cell delivery technology. Their combined and rich histories make CSL the innovative global leader it is today.